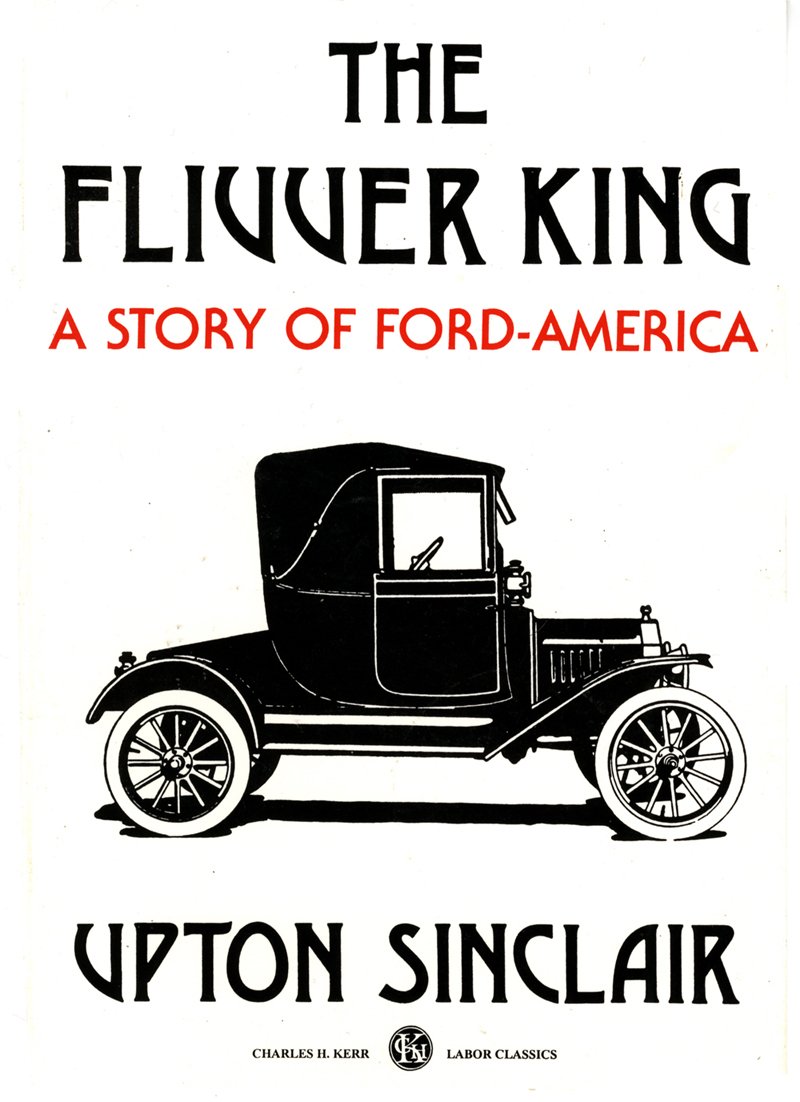 Bio Month is rocketing to a finish. Sometime today Nathan Ward is supposed to hit town. His appearance in Mechanics’ Library tomorrow is sold out (but he is dropping into a few bookshops to sign store stock, if you really want an autographed copy — I’ll announce the stores when he has that angle wrapped up).

I have a couple more bios I must get to in my coverage, and three or four more I’m letting slide. Didn’t know we’d need to get a new book from The Cimmerian Press out this week, but when we spring into action. . . .

And of course there’s a somewhat biographical novel I’m now curious about, but won’t have time to track down for awhile — Upton Sinclair’s The Flivver King: A Story of Ford-America from 1937.

That book could be a nice coda to The Great Flivver War of 2015. As you may know, I notified the Two-Gun Raconteur blog about their erroneous definition of the term flivver on a Word of the Week for September 21. Then I schooled them in contemporary meanings of the word they’d obviously never heard of, and apparently couldn’t comprehend. I even pointed out how — aside from not knowing that flivvers were Fords —they were wrong about the basic definition of the simple words in the post.

More than a week later, they still have the incorrect information up on the blog. Yup, we’re ignorant, and damn proud of it!

(I now wonder if you can trust the veracity of any of the posts on TGR. Makes me doubt, to the point that I told Brian Leno — a stalwart on TGR for the last few years — that he could just bring his blogging jones over to Up and Down. Don’t want Leno tainted by egregious flivver misusage!)