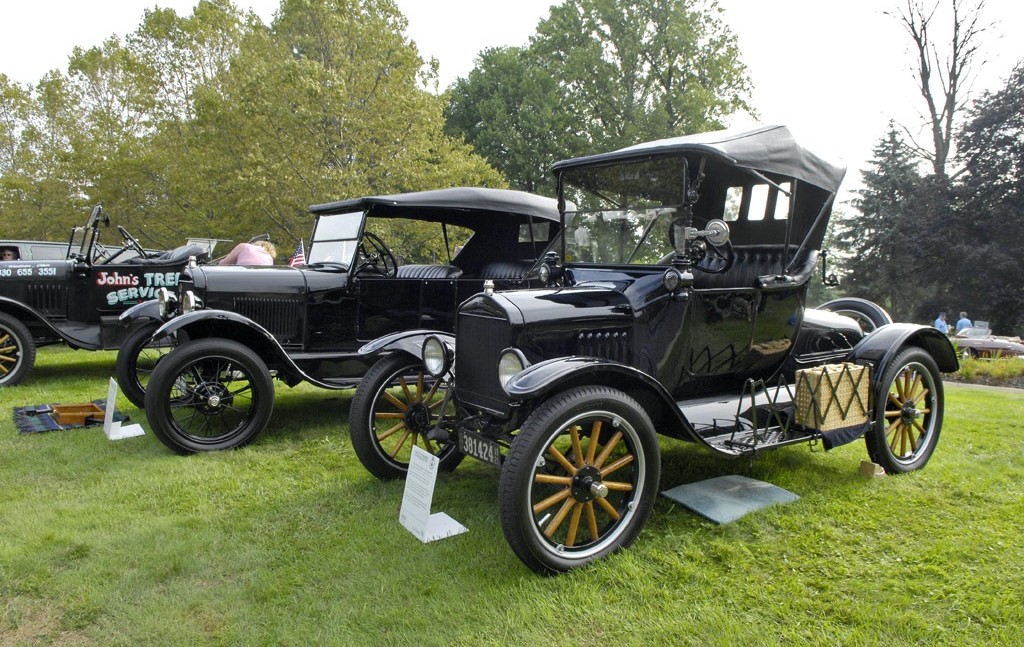 After my post yesterday about flivvers being Fords they added “A Note from the Editor” to the Word of the Week on Two-Gun Raconteur, which reads:

Apparently Don Herron has his ignition wires crossed in a recent post on his blog regarding this particular Word of the Week.

According to Webster’s Third New International and other sources, no distinction is made about makes or models: a flivver is simply a small, inexpensive, possibly unreliable automobile. They all state that the origin of the term is unknown.

Fords were of course small, inexpensive, sometimes unreliable cars, so they could be flivvers, but so could any make or model which fit the definition. In the scores of examples of usage online, none make any distinctions as to manufacturers.

Fords, in fact, were more often referred to, in slang, as Tin Lizzies.

Ford does have a distinctive association with the word when it comes to aircraft, though: in 1926, Ford introduced the Ford Flivver, a small personal airplane. It was not a success.

Unless Don has some actual evidence that the word flivver means exclusively “Ford,” he’s just running on four flat tires.

My copy of Dictionary of American Slang (an actual book, which I have read cover-to-cover, not an easy online resource) from 1960 has as a third meaning (after n. 1 A hoax and 2 A failure) the now common definition — it is from 1960, after all — of “a small, cheap, old, dilapidated automobile” but with an origins note reading Orig. an early model Ford, c1918.

That Ford assembly line, cranking out the machines, using wood from the packing crates parts came shipped in for floor boards — you could look out on any street or road and spot a flivver tooling around. Some of them were even brand new! Hot off the lines!

And while life experience does not seem to have much value these days over on the TGR site, I am happy to say that I have had many hours of conversation with people who were alive in the 1920s and 30s — in particular, the late great pulp fictioneer E. Hoffmann Price once proclaimed something about the Ford Model T which I have set aside to use in a neo-pulp tale some day, one of those tidbits you couldn’t get from someone who didn’t know the era. (A Wiki definition of flivver, by the way, reports that: “A contemporary term was a “Tin Lizzy” [referring to a Ford Model T].” Again, note the specificity. Not any Ford. The Model T. Some people are just so loose with words, as if they don’t understand they have meaning.)

But I know that these days — and based on the reaction on TGR — that many people in fact trust largely to internet sources, so how about this meaning from The Internet Guide to Jazz Age Slang:

flivver: a Model T; after 1928, could mean any broken down car

So, since Damon Sasser asked for a source for what he suggested was merely my “opinion,” there you go. Note the 1928. Most of Robert E. Howard’s poems were written by that date as he had less time for them, plunging into his volcanic career as a wordslinger for the American wood pulp magazines.

Yeah, Two-Gun Bob slung those words. Personally, I think he knew what they meant, and the lines

refers to Fords — not to Chevvies or some product off the line from Standard Steel or Westcott Motor or Auburn Automobile or Liberty or Winton or the legions of other auto makers of that bygone era — an era apparently lost to the TGR crew. But not to me.

If you care to check page 174 of San Francisco Noir 2: The Classics, where my neo-pulp yarn “Knives in the Dark”  — set circa 1921 — appears (alongside efforts by mugs such as Mark Twain, Bierce, Hammett and other guys who tossed all those words around meaninglessly) you’ll find:

The corpse took his machine smack into a flivver parked in the gutter, pushing it up on the kerb and spraying glass shards around.

Yeah, the dead guy ran his car into a parked Ford.

(And by the way, I got the gist of that scene from conversations with another notable pulpster, Don Wandrei, who once told me about an opening he had for a detective tale that he couldn’t figure out how to play. A little tribute to Wandrei to lend some pulp-era mojo to the action.)