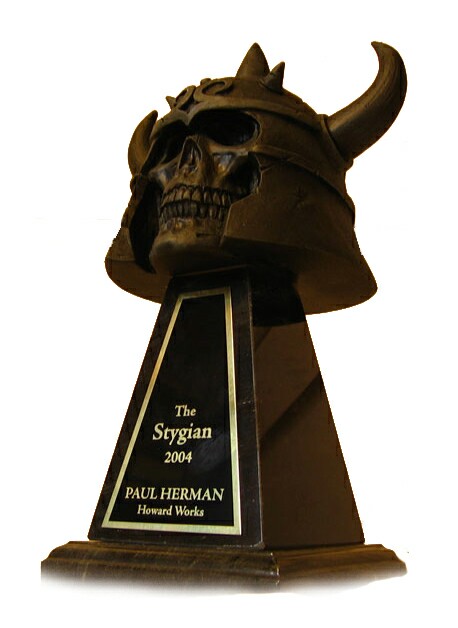 Bill Thom, who administers the useful Coming Attractions pulp web site as well as Paul Herman’s Howard Works site, has alerted me that he has put a page on Howard Works advertising the fact that it has won the Stygian Award for Best REH Website of 2004. That’s the idea.

The question is: will any other websites out there rise to the challenge and try to dethrone Howard Works next year? Almost alone among the current crop of Howard websites, Howard Works is undergoing major renovations. It will take some hard work and ingenuity to surpass it.