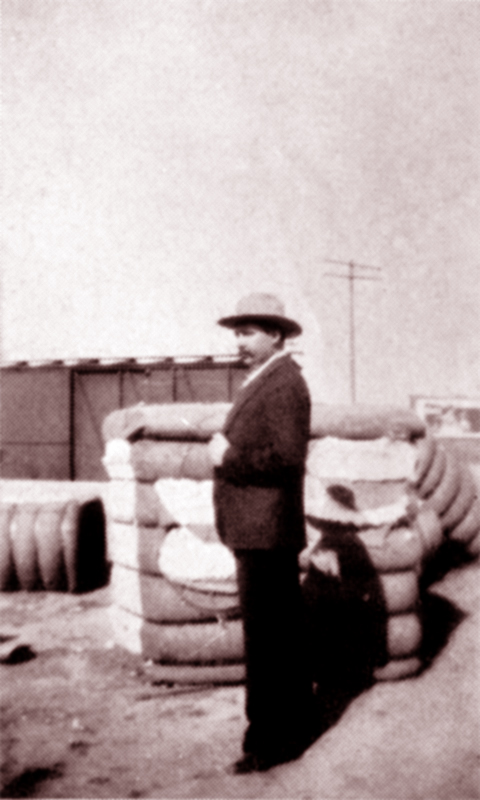 At the time of his suicide by gunshot on June 11, 1936, at the age of thirty, what little fame the young writer had was to be found among the fans of the wood pulps, which in the 1920s and ’30s were enjoying the very height of their popularity. In the years before the invention of the cheap paperback book, pulp magazines filled a large niche in the cultural landscape, providing even the poorest of Americans with inexpensive, plentiful reading alternatives to high-priced hardcovers. The market encompassed scores of titles covering all manner of genres, and within about a dozen of those Howard had made his name. Weird Tales, Strange Tales, Oriental Tales, Fight Stories, Action Stories, Argosy/All-Story. Howard submitted what he called his “yarns” to such magazines again and again, methodically, relentlessly, sometimes desperately. For every three stories he wrote and peddled, he sold only one. The other two were tossed into a large trunk, there to lie in the darkness unread and unappreciated, perhaps forever.

Howard wrote professionally at a fever-pitch for twelve years. With no mentoring or training of any kind he wrote over three hundred short stories, several novel-length works, and over seven hundred poems. Yet on the day of his death he had never had a single book published, and the pulps owed him a small fortune in back payments.

The unassuming hamlet of Cross Plains, Texas was the place he called home throughout his adult years, a town as small and isolated today as it was seventy years ago. For nearly a century now it has hovered around a total population of a thousand souls. People in Cross Plains farmed, drilled for oil, loaded trains. They most certainly did not sit at home and write stories. In the dusty light of this environment, Howard the Writer may as well have been Howard the Alien. He was looked down upon as lazy for banging a typewriter while others worked blue collar jobs, as crazy for shadow-boxing prizefighting plots while walking down the street, and as disreputable for publishing bloody, sexy, haunted tales in magazines with covers no respectable churchgoer would be caught dead peeking at. A more inhospitable place in America for such a writer to flourish is hard to imagine.

During his thirty years of life Howard had exactly one girlfriend. Much of his early life was spent writing, boxing, traveling, and visiting with friends. In later years, nearly all of these pastimes gave way under the burden of caring for his increasingly ill mother, who over the course of a decade wasted away from tuberculosis in scenes of increasing horror and anguish. Howard writes of hundred-mile trips to doctors to drain gallons of fluid from her chest and of being constantly wakened to change bedclothes and sheets drenched in sweat and sputum. His physician father was often gone on house calls across the county, performing Hippocratic miracles for little or no pay. Today, many Cross Plains senior citizens, a number that dwindles every year, proudly announce that Dr. Howard delivered them into this world during those long ago Texas days, and each one is living testament not only to his medical skills but to his absence from the Howard home, and from the side of his sick wife. A series of nurses were hired and fired with numbing regularity, and so Robert increasingly got little sleep and little time to write. He did however have plenty of time in which to dwell on the sorrows and horrors of existence.

Howard suffered from depression all his life, which age and increasing stress steadily worsened. From his earliest letters and stories on down to his last days, one is struck in his writing by the essential bleakness of his worldview. Many surviving photographs of Howard show a deadly-serious, hollow-eyed youth who seems to have the dolor of the world swirling around in the dark pits of his eyes, as if tinged with the blackness of his ultimate end. This is far more apparent in hindsight than it was during his lifetime. No one, not even his father—who endured Robert’s hinting about suicide every time Mrs. Howard’s condition worsened—truly realized how desperate he was until it was too late. As the 1930s marched implacably onward towards the looming specter of the Second World War, Howard watched his friends get married and find jobs and move away. He watched now-forgotten writers thriving in high-end markets he had never been able to break. And he watched his mother—the only person who unabashedly supported his writing ambitions in the dark early years of rejection—slowly die in excruciating pain. Above all, he was alone. Alone with the dying embers of his thoughts, dreams, and hopes, beset on all sides by an encroaching darkness.

In the seventy years since his death, many critics have determined that Howard’s achievement is of no real worth, seeing instead a pathetic figure whose writing merely possesses an untrained virility that holds a crude fascination for undiscerning readers. At best he is remembered as a passionate hack, a mildly exceptional poster boy for the clichéd, racist, artistically bankrupt pulps. More often he is smoothly ignored, even in books that profess to comprehensively cover Texan writers or the fantasy genre. He has been called a paranoid nutcase, an Oedipal momma’s boy, and a hundred other slurs. His depression and suicide is regularly mocked, laughed at, and taken as ipso facto evidence of a pathologically immature intellect unworthy of serious consideration. His fans are often derided as bitter simpletons and angry bottom feeders, echoes of Howard himself. His few articulate critical champions are seen as wasting their time slumming and offering absurd over-praise.

So, granting all of this, why waste time writing about Robert E. Howard? Why care?

It’s a strange thing: despite the efforts of such critics to convince readers of Howard’s intrinsic ignobility, I—like thousands of others—like Bob Howard. While he’s not the best writer—who is?—and he’s not a perfect writer—who is?—his words have a way of lingering in one’s head like cold fire, resisting the best efforts of Time to douse the brilliance of their color or dim the power of their sound. His characters—Solomon Kane, Bran Mak Morn, Kull, Sailor Steve Costigan, Breckinridge Elkins, and especially Conan—burst from the page with exuberant life. His letters are full of zest and humor and passion and despair, and his best poetry is possessed of a fell beauty and bardic cadence that recalls Norse myths and Icelandic sagas. He wrote a lot of junk, yes—what published writer has not?—but, to my mind, a lot more jewels. As the father of Sword-and-Sorcery, as a man who has sold millions of books decades after his death, and as a writer whose themes and characters have seeped into both the public mythology and my own private dreamscape, he has earned my respect.

All this, despite the protestations of critics appalled at having their ivory towers invaded by an uncouth barbarian, and indeed, despite the gloomy soothsaying of Howard himself. In October 1928, at the ripe old age of twenty-two, three years into his professional writing career and eight years before his suicide, he wrote to his friend Tevis Clyde Smith:

I am not a genius, neither am I clever, educated or especially intelligent. But I have faith in myself and a capacity for work. What I am writing now is less than nothing in the long run, even though it represents my heart’s blood. The world is not interested in heart’s blood, but Success Accomplished and nothing else. The toil, the sweat, the torment means nothing. What the world wants is perfection and of what lies behind, men reckon but little. A man may toil a lifetime, toil like a giant and perform the deeds of unthoughted heroes, but if he does not succeed, as the world measures success, all his labor and hardships go for naught and he is a jest and a by-word, soon forgotten.

But I’ll succeed if I live, in my eyes and according to worldly standards. And when I come to the end of the trail, if I have lost, I can say that at least I never whimpered for sympathy in my work. And if I win I can say that I made it absolutely on my own with never a helping hand and that I owe nothing, not one damned thing, to anyone. Still, it sometimes rasps me that I should be condemned utterly for what appears under my name today. No one judges George Bernard Shaw, Upton Sinclair, or Jack London by what they wrote in their early youth when they were struggling up the long ladder and neither will I be judged by my earlier efforts, when the dust has drunk my brain and dreams.

But God, the utter futility of it descends on the soul of me like a thick fog through which I can see no light.

Howard did not live to see his Success Accomplished, not a single book of it. His brain and dreams have been drunk by the dust, and only his heart’s blood remains. Yet that is enough.

In Shakespeare’s tragedy King Lear, in a scene of quiet, incomparable power, the deposed, forlorn King meets in the last hours of his life the only one of his daughters whose love and devotion to him never wavered, despite his horrendous mistreatment of her. Wracked by guilt and calamity, he falls to his knees in front of her and exclaims: “I know you do not love me, for your sisters have, as I remember, done me wrong. You have some cause; they have not.” His daughter, who has every reason to hate him, to loathe his unreasoning rages and pathetic despondency, and who is soon to be hanged for coming to his aid, instead embraces him warmly and whispers two words that—in their simple heartfelt syllables—encompass a magniloquent universe of feeling: “No cause. . .no cause. . .”

Robert E. Howard, the father of Sword-and-Sorcery, died thinking the world had ample cause to brand him an utter failure, a wasted loser, a lonely soul whose life’s work and every thought was destined for oblivion and obscurity.

No cause, Bob. No cause.